The GC3 vs Launch Pro

What is the difference between the Launch Pro and GC3?

Towards the end of 2021, Vista Outdoors (Parent Company of Bushnell) purchased Foresight Sports. With this acquisition, Bushnell made a strong committment to the growing launch monitor and golf simulation industry.

Aside from the subtle color accents, these two units look identical. And when you dive into the data offering, features, and integrations, they are also nearly identical. Which begs the question...


Are the GC3 and Bushnell Launch Pro The Same Launch Monitor?

The short answer is..kind of! These launch monitors are built on the same technology and provide the same set of data and features. So why is one $4,500 more?

There is one key difference between the GC3 and Launch Pro. And that is the software and subscription packages.

The GC3 is an all-inclusive package that requires no subscriptions. You get golf simulation through FSX 2020, the FSX Performance App (3D Driving range + fancy data analysis views), and even Foresight Sports' new FX Play - a golf simulation software that features all new enhanced graphics.

With the Bushnell Launch Pro, you don't get anything without a subscription other than the unit's own on-screen numeric data display. You won't get simulation and you also lose a few data points like Club Path and Attack Angle without one of the two upper subscription options. Everything in Basic, plus:

Everything in Basic and Silver, plus:

To get the full, and comparable, functionality to the GC3, Launch Pro owners will need to subscribe to the Gold subscription - which will cost you $799/year.

So at $2,999, the Bushnell Launch Pro will be considerably cheaper than the GC3 for the first few years of ownership (The GC3 costs $7, 499). But if you own the Launch Pro for 6 years or more, then you'll actually end up spending more money on the Launch Pro.

SO WHAT DOES THIS MEAN?

The GC3 is built for the long game. No, not for drivers and woods. But for those planning on keeping their launch monitor for many years. If you think you're "going through a phase". Which don't get us wrong, we all do! Then the Launch Pro might be a better short-term choice. 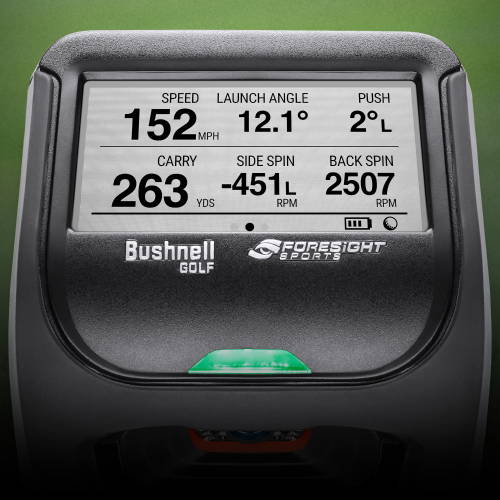 To sum it up..yes these two launch monitors are pretty much the same! One isn't more accurate than the other. And if you have the gold subscription on the Launch Pro, then the data and feature offering is identical. To decide which unit will be best for you, you'll need to look at how long you plan on seriously using the launch monitor. And whether or not you want all that would be included in the "Gold Subscription".